This explosive one-woman show celebrates the centenary of women first winning the vote and takes you into the fiery core of the UK militant suffrage movement. A journey that will take you from Preston to Manchester - London to Glasgow and back.

How far you will go for what you believe in?

Enter the heart of one of the most dangerous women, in history. Terrorist or impassioned freedom fighter? This dynamic solo-performance lets you decide.

The turbulent history of the suffragettes, through the eyes and life of an unsung suffragette - Mrs Edith Rigby mild-mannered doctors wife, with a secret identity arsonist, bomber and militant suffragette.

What makes a little girl of principle become a lurking shadow in the night?

Woman on Fire sheds light on suffragette history and the mystery that is Edith Rigby.

What people are saying about WOMAN ON FIRE

"John Woudbergs exciting script is full of poetic language, as well as the sharp wit and defiant spirit of a woman prepared to risk everything for what she believes in. Moores excellent performance captures the complexities of a fascinating, clever and funny woman, born ahead of her time. A compelling insight for anyone interested in human rights or who simply appreciates a well-told story about a defining point in our history"

"Claire Moores powerful performance reflects the enigmatic nature of Edith Rigby. John Woudbergs script for Woman On Fire exploits the current mania for cinematic superheroes. Like a superhero, Edith Rigby leads a double life challenging the forces of oppression. She is a mild-mannered homemaker and social reformer who becomes an aggressive militant. In her political activism, and even her home life, Rigby adopts disguises and there is even a moment equivalent to Bruce Wayne encountering the bat as Rigby emerges from a brutal encounter with the police transformed into a Woman On Fire."

She cared for him, she understood him… And now she’s…

Every town has its secrets. Are you prepared for yours… 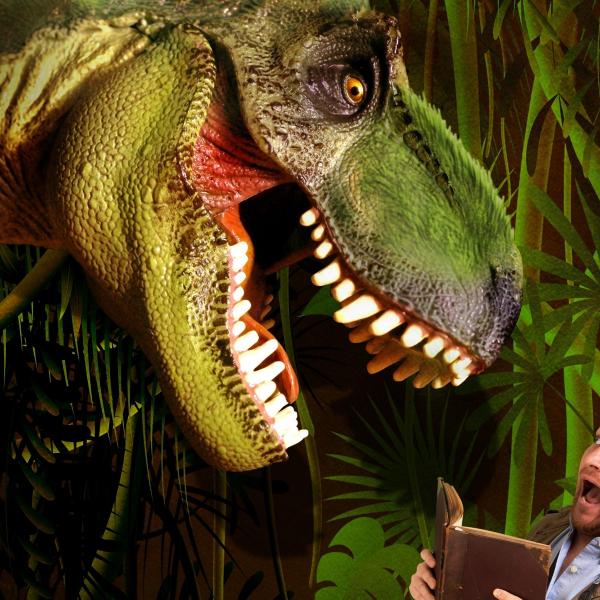 So You Think You Know About Dinosaurs...?!

So You Think You Know About Dinosaurs is the hit stage…