From punk princess to high priestess of TV, Toyah Willcox is a uniquely gifted performer. Charismatic, outspoken and impossible to categorise, she is one of Britain’s iconic household names – an award-winning rock legend as well as a much-loved actress and music composer.

It all began in her hometown Birmingham in 1977 when film director Derek Jarman offered her the role of ‘Mad’ in seminal punk epic Jubilee. She continued to gain strong roles, appearing alongside Katherine Hepburn in the film, The Corn is Green, as well as playing 'Monkey' in the legendary Quadrophenia. She teamed up with Jarman again to play Miranda in his innovative version of The Tempest, which won her a nomination as Best Newcomer at the 1980 Evening Standard Awards.

By this time Toyah's band was gaining critical success with the debut single Victims of the Riddle (no.1 in the independent charts) and six track EP Sheep Farming in Barnet. Her first album, The Blue Meaning, became a Top 40 hit. A TV Documentary "Toyah", an accompanying live album Toyah! Toyah! Toyah! – as well as hit singles It's A Mystery, I Want to Be Free, Brave New World and Be Proud, Be Loud, Be Heard plus the platinum albums Anthem and The Changeling - confirmed her status as one of the most significant talents of the Eighties. In 1982 she won the Best Female Singer at the Rock & Pop Awards.

Over the next two decades, as well as consolidating her reputation as a singer songwriter (with albums Minx, Desire, and her least commercial album Prostitute) Toyah also forged ahead with a career as a stage performer. Notable credits include Trafford Tanzi (lead); Cabaret (Sally Bowles); Three Men and a Horse (winner of Olivier Award for best New Comedy); the UK tour of Arthur Smith's Live Bed Show; the title role in Calamity Jane (nominated for an Evening Standard Award for Best Musical) and most recently starring as the Devil Queen in the hugely successful rock show, Vampires Rock.

Musically, the 90s saw Toyah transform from pop star to new wave diva. With her husband Robert Fripp she formed the band Sunday All Over the World, which toured world-wide. They recorded the album Kneeling at the Shrine which received rave reviews and Toyah went on to produce the critically-acclaimed albums Ophelia's Shadow and Take the Leap!.

The 90s also saw Toyah dominate our TV screens. Whether it be drama - as a dog, in the half animated real life drama series The Ink Thief with Richard O’ Brien or kid’s programming (Toyah found renewed cult status as the intro and outro voice of Teletubbies), or presenting an ‘Alternative Remedies’ series on This Morning, Toyah’s range and versatility was unrivalled. She recorded two series of the BBC’s popular Fasten Your Seatbelt, two series of the BBC Scotland’s kid’s drama series Barmy Aunt Boomerang, fronted her own BBC1 series Discovering Eve and was a regular presenter on Watchdog, The Heaven & Earth Show and Holiday.She also presented Anything Goes, Time Off. The Magic & Mystery Show and Roll With It! In 1996, whilst Toyah was making the film Julie and The Cadillacs, Michael Aspel surprised her as the subject of BBC1's This Is Your Life.

The year 2000 saw the publication of her long awaited autobiography Living Out Loud and in 2001 Toyah was awarded a prestigious Honorary Doctorate by the University of Central England in recognition of her distinguished achievements in performing arts, media and broadcasting. Television continued to feature as she fronted forty programmes of Beyond Medicine for the Discovery Channel and Whose Recipe is it Anyway? for the Carlton Food Network. Carlton Television also made a documentary on Toyah's music career as part of the Rock Legends series. Toyah also participated in the 2003 Celebrity Get Me Out of Here! and most recently appeared in ITV2’s Secret Diary of a Call Girl as the mother of lead actress Billie Piper.

Toyah returned to song writing in 2002 with new material for a limited edition EP, Little Tears of Love and a one-off preview concert at Ronnie Scotts. In 2002 Toyah proved her staying power selling out eleven stadium gigs for the Here and Now Tour. In May 2003 she released a brand new mini-album Velvet Lined Shell on her own record label, Vertical Species Records, showcasing a darker, edgier direction. In 2004 she returned to her musical roots as part of The Best of the 80s Tour - a UK tour alongside fellow 80s hit-makers Nick Heyward, Curiosity Killed the Cat and Altered Images.

Musically, Toyah has remained fresh, uncompromising and ground-breaking. In 2007 she signed a new worldwide publishing deal with Zomba Music and released her first digital single - Latex Messiah (Viva La Rebel In You) from the 2008 album In The Court Of The Crimson Queen, written and produced in collaboration with Simon Darlow. Alongside this Toyah began a collaboration with Bill Rieflin (REM) and Chris Wong on the band project, The Humans. Described as “European experimental meets West Coast American grunge", The Humans debut live performances took place in Estonia in 2007. Their debut album, We Are The Humans, was recorded in Seattle in 2008 and released in Estonia in May 2009 to coincide with the band's return to play before the country's president at Tartufest. It received a UK digital release in September 2009, along with a Humans’ single, These Boots Are Made For Walkin’.

The Humans marked their first ever like UK appearances with a series of warm-up concerts in the very intimate and beautiful surroundings of churches including St. Michael's & All Angels' Church and St. Anne's Church, Worcester. These were followed up by dates across the UK, featuring special guest Robert Fripp playing live with the band. They appeared on the bill of acts invited to perform at The Roundhouse for the Helping Haiti fundraiser concert. Their UK tour culminated in a headline date at London’s Scala, yielding a 4-star, review from the Financial Times who concluded it was an “intriguing, often terrific, show” with “programmed beats, sinewy, rumbling rhythms, a kind of twisted funk”. The Humans’ forthcoming, second album Sugar Rush, which sees a further development of the band’s songs and sound will be released worldwide in winter 2010. The album features guest guitar on all tracks from Robert Fripp.

Toyah continues to be seen on film with her recently completed starring role in the British film Power of Three, a light-hearted feel-good comedy that follows the adventures of 3 friends who pool their strengths when the going gets tough. Additionally, the track Quicksilver by The Humans features prominently in the short film Marigolds.

With new book projects and music releases in the pipeline and live concert dates scheduled for the year ahead, Toyah maintains her multi-faceted and vibrant career.

The Brudenell Social Club welcome deaf and disabled customers to the venue. Venue AccessBrudenell social Club has step free access from the entrance to the viewing platforms of both gig rooms. There is also a newly installed accessible toilet, which is accessed via a RADAR key. Bookable Access Facilities + How to ApplyPersonal Assistant ticketsWe offer a Personal Assistant ticket to any customer who may not be able to attend a show without the support of a PA. if you require a PA ticket, please give us an email or call to discuss your requirements. We will then confirm this ticket via email. You will be asked to provide evidence for the PA ticket to be issued Accessible viewing areaIf you require use of the viewing platforms and/or a seat, please let us know in advance where possible, to ensure we are aware of your access needs Accessible parkingThere is parking available at Brudenell Social Club. We do not have specific accessible parking bays Travel Guide and Arrival GuideTaxis can drop customers off within our car park, right outside our front door. Our nearest train station is Burley Park, which is 850 metres away. Leeds Station is also nearby, at 3080 metres away. Our nearest bus stop is 120 metres away from our front door, and is served by the 56 route to and from Leeds City Centre/train station The Brudenell is open from 12pm, and the gig rooms tend to open from 7:30pm as standard, door time is usually printed on the ticket. If you require early entrance into the venue as part of your access requirements, make yourself known to our door staff before doors (7:20pm), who will be able to help. ToiletsAt the Brudenell we have one accessible toilet, which is situated 30 metres from the main room viewing area and 16 metres from the Community room viewing area. Customers with Medical RequirementsThe Brudenell welcome customers who may need to bring medication, food, drink or medical equipment to manage a medical condition. We may be able to keep medication refrigerated for you, so just let us know in advance and we will do our best to accommodate. You'll need to contact us in advance should you need to refrigerate and medicine. Assistance DogsWe welcome assistance dogs into the venue and will happily provide a bowl of water if needed. However, not all events are suitable so please contact us before hand. We may be able to offer a location where the dog could stay during the gig, but please get in touch to discuss this further. Strobe LightingWe do not have strobe lighting at the venue, but from time to time bands may bring it with them, in the event this happens, signs will be on display on the evening, please get in touch if you have any concerns. Other Info (e.g. assisted performances)At present we do not offer any assisted performance options, but this is something we are exploring. We do not have any lowered bars at the moment, but our staff are willing to help in any way they can Large Text / Easy To Read GuidesA printable copy of this information can be downloaded in PDF format here. An easy to read menu with our standard drink prices can be viewed here. Attitude is Everything We are working with Attitude is Everything and have been awarded silver on their Grassroots Charter of Best Practice. Attitude is Everything recruit Mystery Shoppers and Volunteers, so do contact them if you are interested. Contacting UsIf you need to contact us with a venue access query please contact: Jilly Chattenjill@brudenellsocialclub.co.uk0113 275 2411 (during office hours only, 10am-6pm) Response time will be a maximum of 5 days, email is best line of contact. Please be aware that if your request is for a PA ticket, please use the email address above, we need at least two weeks in order to process these sorts requests.

JFK aka 'Live In Leeds' 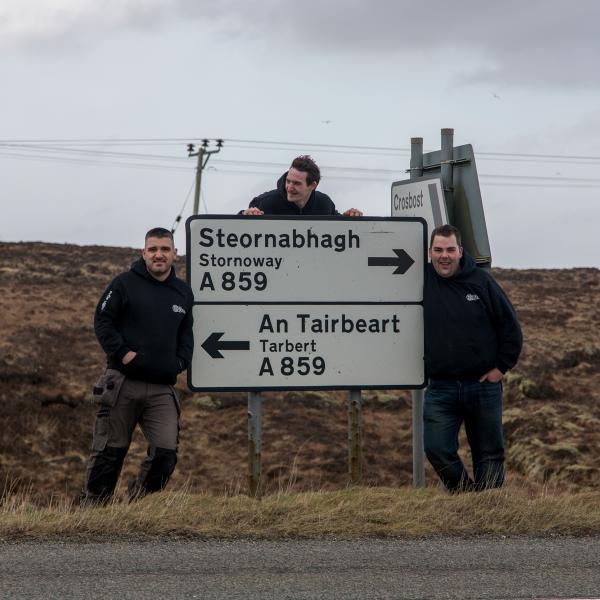 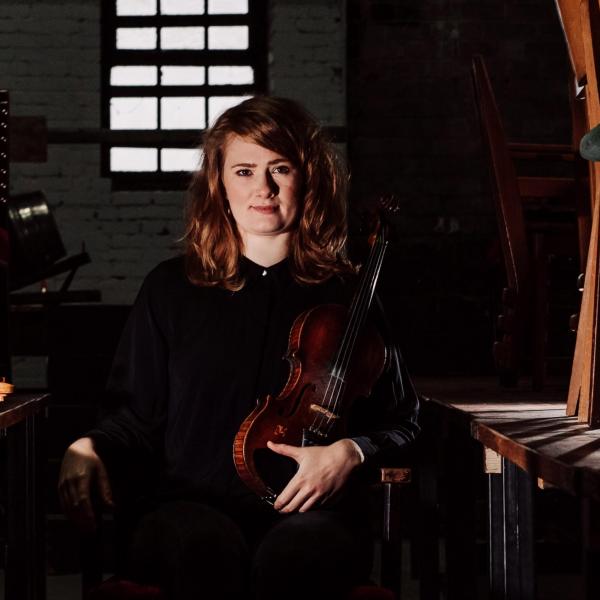 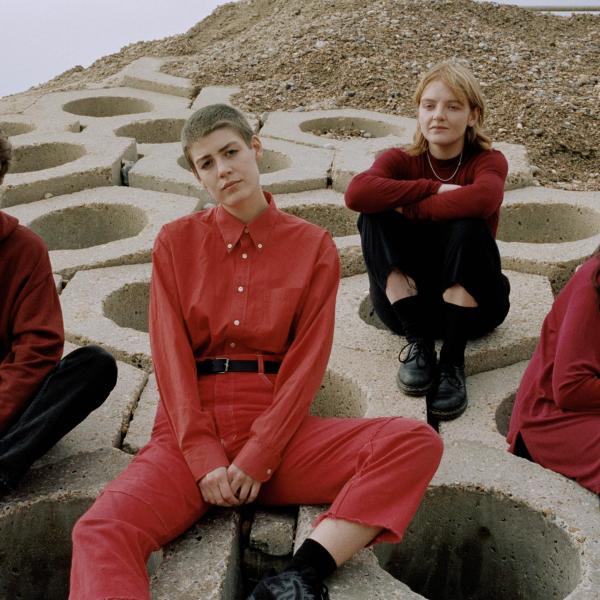