Written by Colin Philpott and Kit Monkman  27/08/2015
‘It was an idea that began over a few drinks in a pub’ is an overused phrase and often one employed with artistic licence. In the case of ‘The Last Match’, though, it was literally true. When co-conspirator, Kit Monkman and I met in a York hostelry about eighteen months ago, I regaled him with the story of Hedley Verity and the last game in the 1939 cricket season – a story I first became aware of years ago through a cricket history book given to me by my Dad.
I had been trying to find ways of getting the story to a wider audience for a while mainly by pursuing ideas for a documentary through contacts from my former life as a BBC programme maker. However, Kit, not a particular cricket fan and whose background is digital art installations and film direction, was enthusiastic about the possibilities of the story being told as a short drama.  Thus, the idea of ‘The Last Match’ was born and a year and a half later it is on tour in Leeds, elsewhere in Yorkshire and in Sussex.
So who was Hedley Verity and what was special about this particular game of cricket seventy-six years ago? For many Leeds people the name ‘Hedley Verity’ means a city centre pub. The pub takes its name from a famous,  but rather underrated, Yorkshire cricketing legend of the 1930s. Verity, who grew up in Rawdon, was a relative latecomer to first-class cricket after a long apprenticeship in club cricket. He first played for Yorkshire in 1930 but, in the following ten years, became a successful slow left-arm bowler who took almost 2,000 wickets for both Yorkshire and England. On one occasion in 1932 at Headingley, he took all ten wickets in an innings at a cost of just ten runs in a match between Yorkshire and Nottinghamshire – a sort of Holy Grail for a bowler. 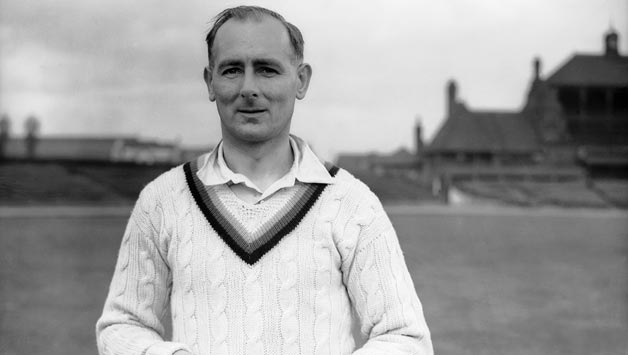 Hedley Verity
However, it was what turned out to be his final game that always fascinated me. On the morning of Friday 1st September, 1939, Yorkshire were due to start the final day of their game with Sussex at Hove when news came through of the German invasion of Poland and the effective start of the Second World War. Other county cricket games elsewhere were called off but Yorkshire and Sussex decided to complete their match against the backdrop of the evacuation of children from cities all over Britain, the mobilisation of troops and the calling of Parliament for a special evening session.
The day’s cricket turned out to be remarkable not only for the fact that it was played at all but also for what happened on the pitch. The match looked like it was heading for a draw but Verity produced an astonishing bowling performance taking seven wickets for nine runs and bowling Sussex out for just 33 to give Yorkshire and unlikely victory. ‘The Last Match’ tries to capture both the surreal atmosphere that must have existed on that day at Hove as people clung to the last moments of peace but also the poignancy of the story of a man who saved one of his best performances until what proved to be his last game. 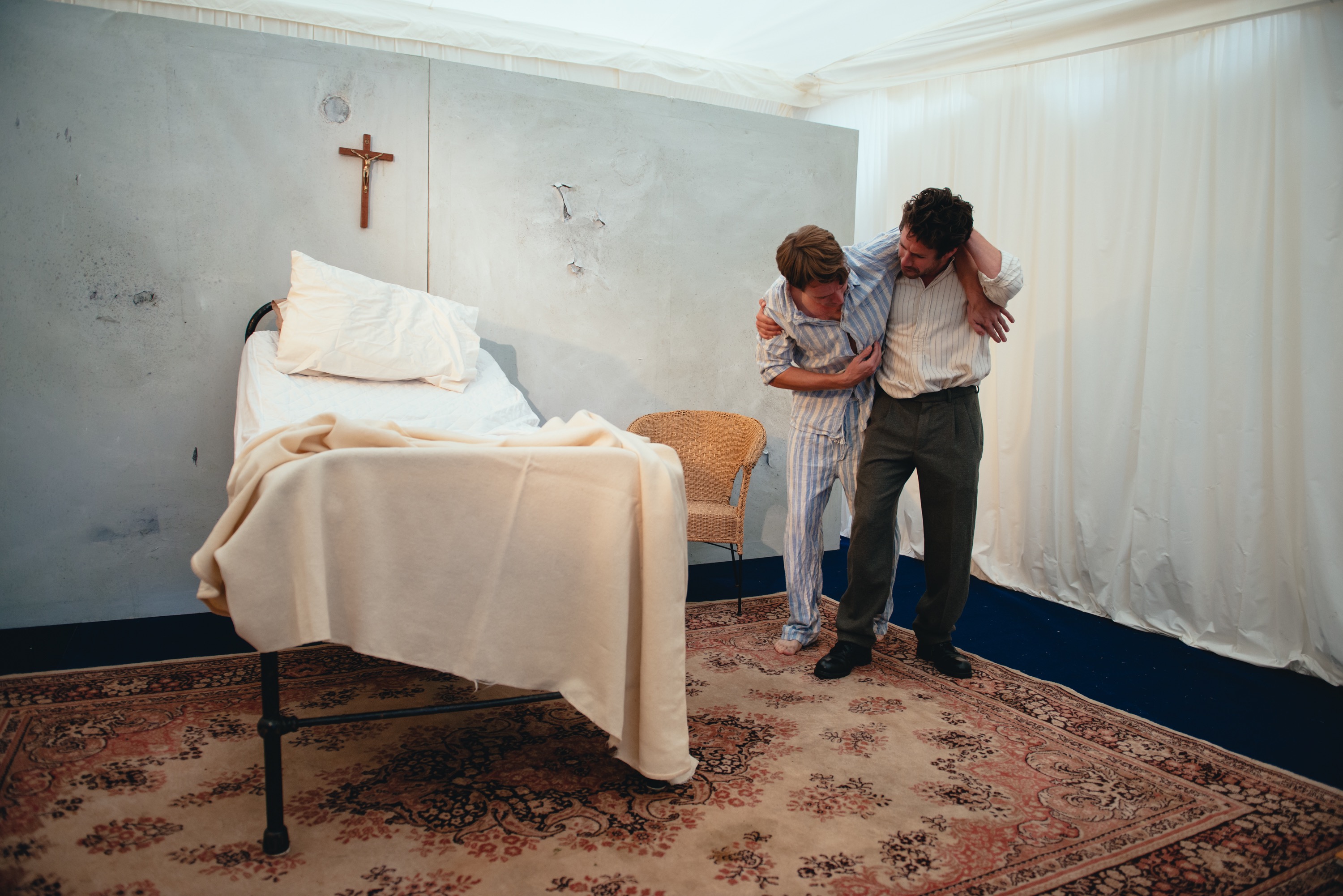 Rehearsals for The Last Match
The journey to bring this story to the stage has, like all such journeys, been a long and sometimes tortuous one. But thanks to the support of Arts Council England and Leeds Inspired (as well as other local authorities) and the enthusiastic backing of many people, notably Yorkshire County Cricket Club, it has happened.  This is a story which, I hope, will appeal beyond the cricketing community because it’s a story about war and peace and people’s reactions at a moment of crisis as much as a celebration of a cricketing hero.
Facing up to the biggest artistic challenge of the project - how to represent sporting action on the stage – provided the most amusing moment so far. Kindly offered the use of a cricket ground in West Yorkshire to capture some scenes on film, our recce revealed the fact that the ground was surrounded on three sides by very prominent symbols of twenty-first century Britain which were not present in 1930s Hove – an ASDA, a large mobile phone mast and a mosque. It would have been stretching artistic licence too far to include those but somehow we managed to work round them – but, of course, the camera never lies!
The Last Match is performed at Headingley Cricket Ground on Tuesday September 1st and Thursday September 24th.
Lead image: Hedley Verity in action