The idea to make Turning 'ages first came to me during the mid 90's whilst I was looking through an old map book of Paris dated from the late 19th century. Carefully placed inside and secured to one of the pages was a small pencil drawing of a Paris Road. It was simple and lovely sketch and I couldn't help wondering always who the person had been who felt inspired enough to capture that moment in time. Roll forward nearly two decades, I then suddenly found myself creating 'Turning 'ages'.

Some of the beautiful memories found in the books of things written by people, mothers, lovers and friends have been so moving that my intrusion into the written words and memories forced me to think how I could honour their memory, it was then that I decided to fan the personal letters within the installation.

Where I was going to put the work once I had made it I had no idea. My creativity until then had been only as a commission based painter.I was driven to create to work and over a long period went around all the second-hand book shops in my area hunting hidden memories which had fallen or been take from some of the books abandoned and forgotten. I even found an old marriage licence from the early 1970s. 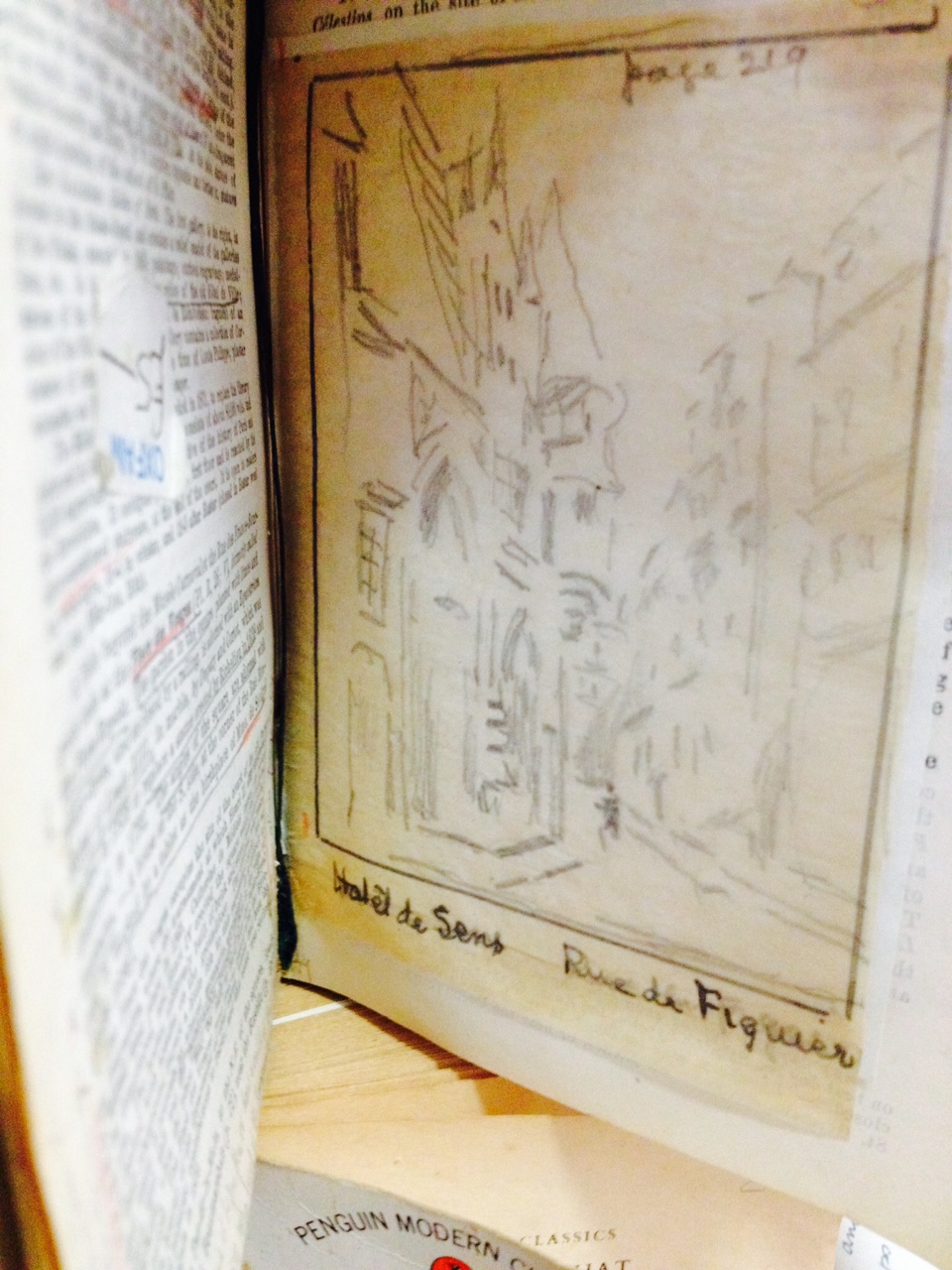 Tony Nielson, a skilled artisan, who still is very involved with Turning 'ages on it's many moves helped me design the beautiful wooden casing. I wanted it to be like an old Victorian glass case that you might find in a museum with little stuffed birds that had once lived a life. Tony advised me that as a work that might be moved I need to think about design logistics to assemble and dismantle. This was excellent advice since the work since it's creation in 2012 has been moved and exhibited 11 times and there doesn't seem to be an end in sight, since once the  two year City Library Nationwide tour is over literary festivals have expressed an interest to exhibit.

Primarily the work celebrates books and the connection and love affair we have had with printed word and the celebrated library spaces. It comments and engages the observer to remember how we once used to store and keep our memories (and then forgot where we had put them!) and how now, we have embraced the digital age. 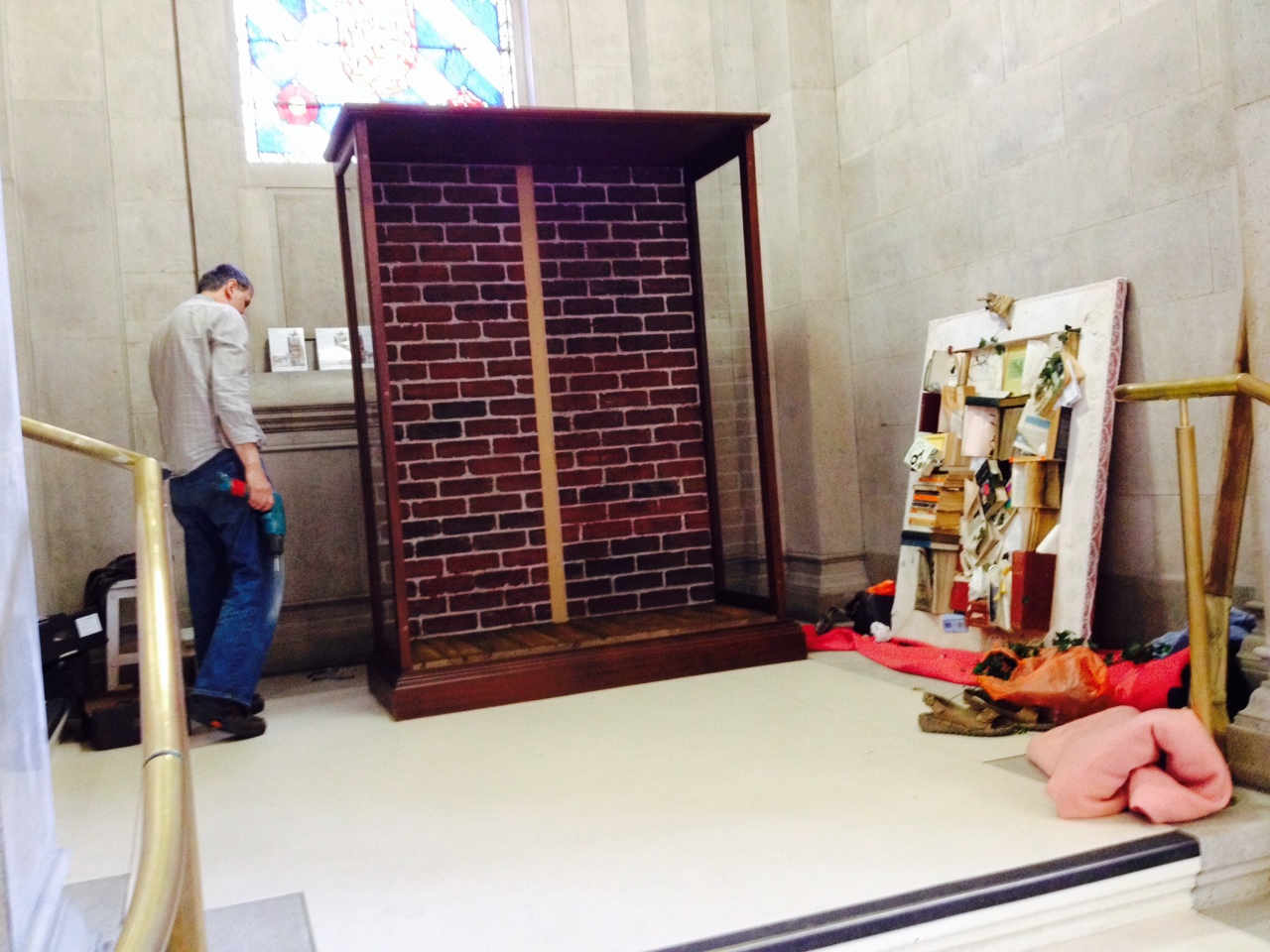 Turning 'ages has become so many things since it's creation. During it's tour of the City Libraries  all the staff started leaving signed mementos which represented their library space. Cambridge enclosed a paper origami phoenix. I wonder what Leeds will decide to encase? This visit to Leeds Library has been part of a two year tour around the country and is the only work linking all the libraries during great change to these wonderful public spaces. Leeds library have asked me to do an artist talk whilst the work is there which always draws a good audience. Writers groups have also been engaged and felt the work inspiring enough  to write about and perform.

Turning 'ages is capturing its own memories encasing time and change in books and libraries for future generations. Please come along and add your comments book about books memories and libraries and have your memory and comment captured in time.

Turning 'ages is at Leeds Central Library from 1st October 2015.