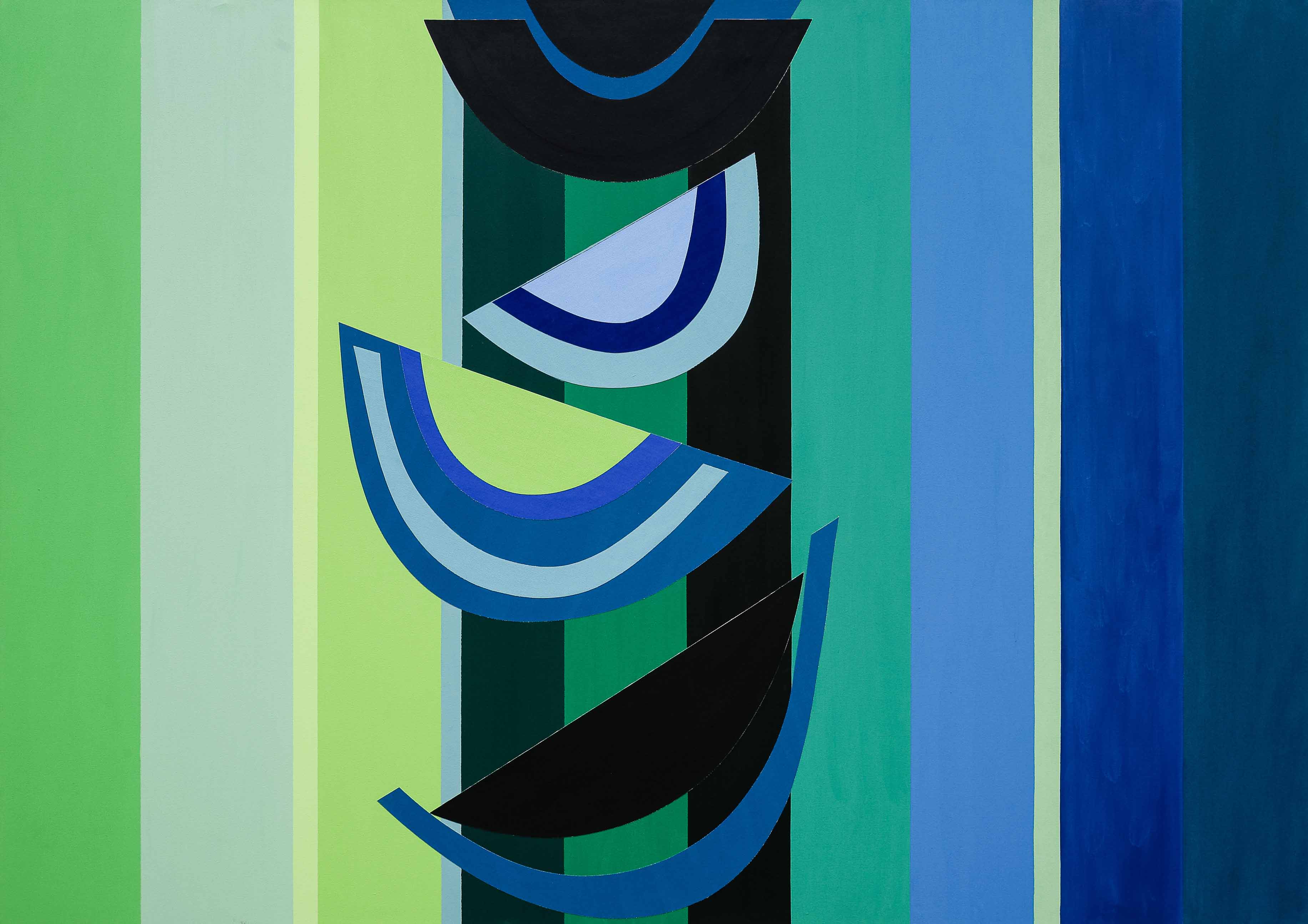 Frost was one of the most important British artists within his generation. He was a painter, prolific printmaker and part of the famous St Ives group, which was a collection of avant-garde artists working in Cornwall during the decades immediately after the Second World War. His work is often perceived as abstract but Frost always grounded his prints and paintings to his own experiences and the real world.
There are four works by Frost in Leeds Art Gallery’s ‘The Picture Library’ that span around thirty years of the artist’s life. The earliest of these is also one of our earliest acquisitions. It is a lithographic print that was created in 1957 soon after Frost left Cornwall for his spell as a Gregory Fellow at the University of Leeds. Titled ‘Brown and Black Action’ this original work is a very rare print as only a few artist proofs were made.
Frost’s time in Leeds had a lasting impression. It was the moment when he was introduced to the northern countryside which is said to have had an immediate influence and impact on his work. Although he is thought to have refuted this suggestion - the rectangular forms and the verticality of prints such as ‘Brown and Black Action’ first appeared during his time in Leeds. It is thought that these forms were inspired by and derived from the enormity of the Yorkshire landscape and the patterns found in the northern countryside divided by dry stone walls.
Two of the Terry Frost prints within the collection date from the 1960s and 1970s. The first, ‘Red and Black Solid II’, Frost made with the artist and printmaker Stanley Jones at The Curwen Studio, London in 1967. It is a lithographic print that is typical of Frost’s work during the 1960s which became simpler and the colours more pure. Made up of semi-circular forms this print’s compositional design is built up of opposing elements which Frost amplifies with his use of intense colours – red and black set against a contrasting white ground. 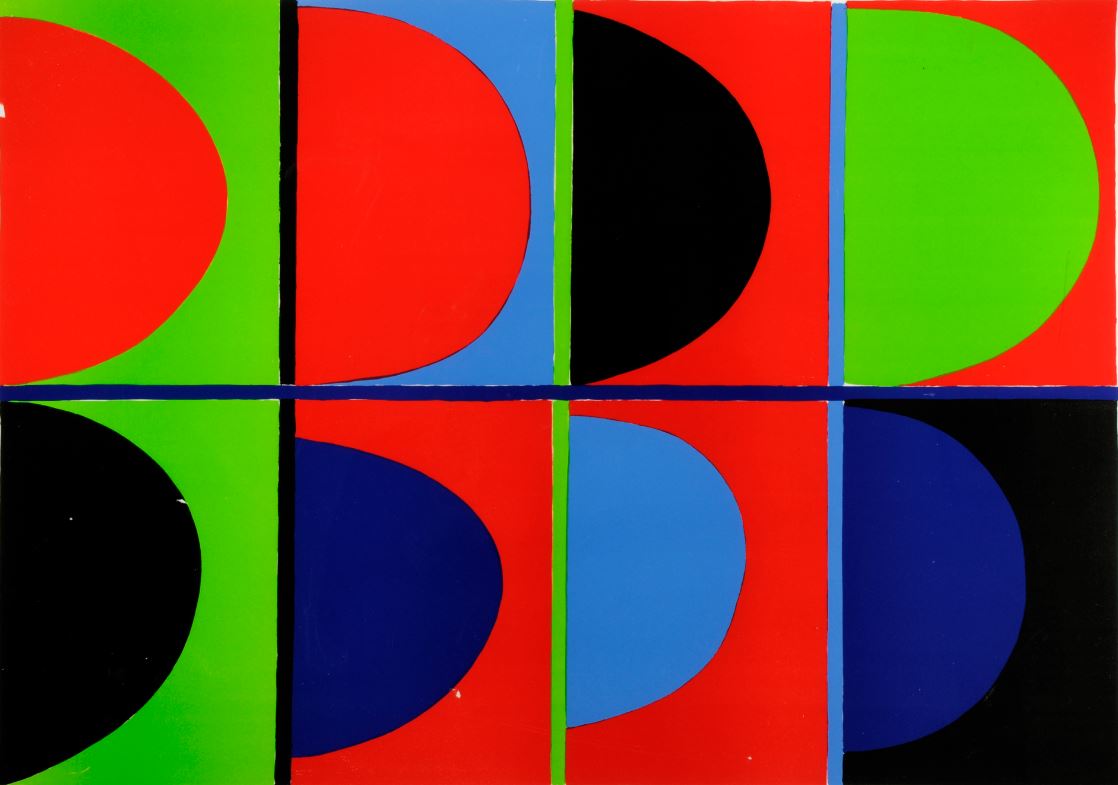 The later and far larger of the two works from this period is titled ‘Red, Blue, Green’ and is another lithographic print. Illustrated above, this composition is made up of simple forms that bring together in a playful manner the three primary colours – red, green and blue. Although works such as these two prints are apparently abstract, Frost related the shapes to objects in the real world such as boats or women's bodies.
The fourth work within the scheme was published by the Royal College of Art in 1987 to celebrate their 150th anniversary. This screenprint is titled ‘Suspended Red, Yellow and Black’ and was produced as part of a series of 48 works by Royal College of Art graduates. Today this series of prints provides an important snapshot of work being produced in the late 1980s by some of the World’s leading printmakers.
The Terry Frost exhibition opens at Leeds Art Gallery on 19 June until 30 August. It will then tour to Newlyn Art Gallery & The Exchange in Cornwall from 10 October 2015 – 10 January 2016.