Written by Speak Woman Speak  18/10/2014
Leah Francis and Carmen Martorell introduce Leeds based theatre collective Speak Woman Speak.
We are Speak Woman Speak a theatre collective based here in Leeds and we would like to introduce ourselves and let you know a little bit about what we’re up to. We met in 2013 and found there was a similarity on our way of thinking and making theatre. Our ethos of talking about women brought us together. It felt it was meant to be, it was born from our own instincts. As a collective we are interested in highlighting hidden stories of women from diverse backgrounds. We feel it’s important to share these stories in order to celebrate differences and create awareness of the injustices that happen from a global and local perspective. 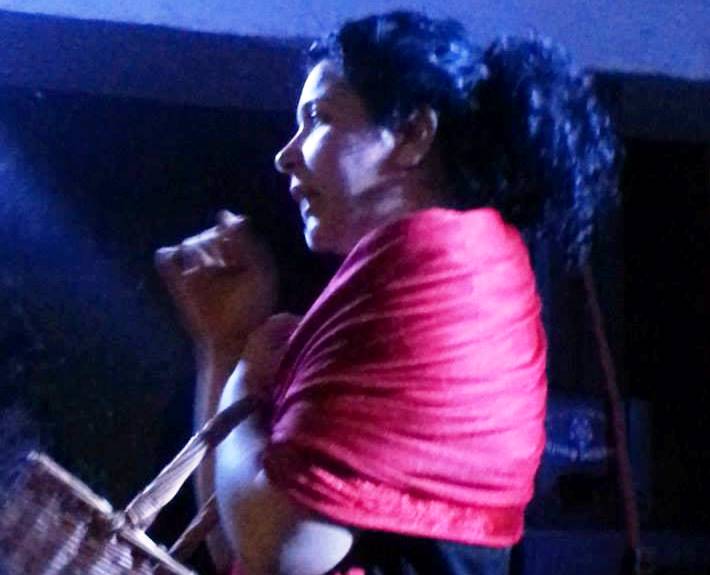 Currently we are working on a series of one woman shows that urge us to learn from the past in order to make change in today’s society. In 2008 a scandal in the Spanish press broke about one of the largest human trafficking discoveries. Los niños robados are the babies that were taken away from their mothers during Franco’s dictatorship and for some years after. Our first piece ‘Soledad’ which we are currently working on touring, seeks to highlight the effects of this oppression on a young republican woman during the Spanish Civil War. Whilst doing this we are also researching and developing a new piece called ‘Betto’ which focuses on a one woman slave revolt that happened in St. Kitts in the Caribbean during the 1800’s.

There are a number of performances happening around the city before the end of the year and 2015 so if you are interested in coming to see us please follow us on twitter and/or facebook to find out more.