A Rundown Circus And A 1960's Seaside Funfair

Hi there reader. We - The Brick Box Ladies - are doing the Unfold Leeds Twitter Takeover this coming Tuesday (15th September) so here's a bit more about us and what we get up to.

The Brick Box is an arts organisation and Community Interest Company, based in London and working nationally and internationally. We have a particular fondness for Yorkshire as our founder is from Bradford and just can’t get that millstone grit out of her system. Our mission is to empower people to play an active part in arts and cultural activity in under used spaces. We believe in the power of creative expression to transform people's lives and environments.

This is our official 'chat': five years in the making and still up for daily debate at BB HQ.

'We' refers to me (Rosie) and Eleanor, my Co-Director. We run the outfit together, with a personal ambition to be the first female duo on Desert Island Discs. "The Ant and Dec of the Art World", Kirsty will say. Eleanor and I met whilst working at the Shunt Vaults, an experimental arts space in a maze of mouldy tunnels underneath the Shard in London Bridge. She's from Bradford, I'm from the Isle of Wight, and we're both mildly obsessed with William Blake, smelting and rum. 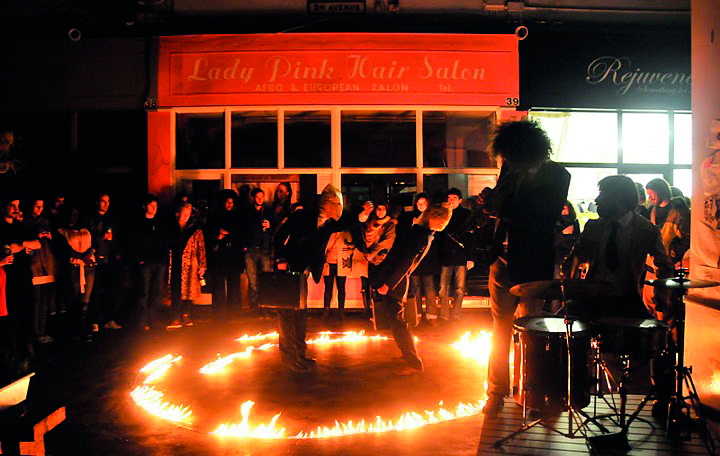 Neither of us have a traditional arts background but rather more experience in political activism and social inclusion. Eleanor also once had a job heating up custard for Vanessa Feltz. We are good at making people feel welcome and we care passionately about creativity not just being the preserve of people who self-define as ‘arty’. We're excited by outsider artists, popular culture, DIY scenes, alchemy and really sparkly things. Someone once described a project venue of ours as looking like "a cross between a rundown circus and a 1960s seaside funfair". He didn't mean it in a nice way but we liked it so much it seems to have become a central part of our aesthetic.

But what do we actually do? At the moment we're finishing a big project in Canning Town, east London. It's called the A13 Green. Every Friday the space underneath the A13 flyover in Canning Town transforms into a 100% solar powered urban village green complete with bandstand, entertainment and public right of hanging out. (We encourage loitering of all kinds!) We co-produce the project with the local community who started a petition to bring it back after the first year. We never predicted the overwhelmingly positive East End reception and their very vocal feedback led to us producing London's first ever Light Night in the same area in November 2013. We're now coming to the end of the third year of the A13 Green and our work with light has gone from strength to strength.

With summer on the way out we are busy organising our next big project, Little Light Nights, which takes place in Bradford and London this autumn. The project comprises four site responsive combined arts events (3rd and 24th October in Bradford, 21st and 28th November in London) in public realm spaces. The works are all original pieces devised by a group of artists from London and Bradford. They are interactive and use choreography and digital projection to not only engage with audiences but place participants in the position of the creator. Oh and there'll be one-off performances, tunes and a bar. We're overly excited about Little Light Nights so do come and play - more information on our website. 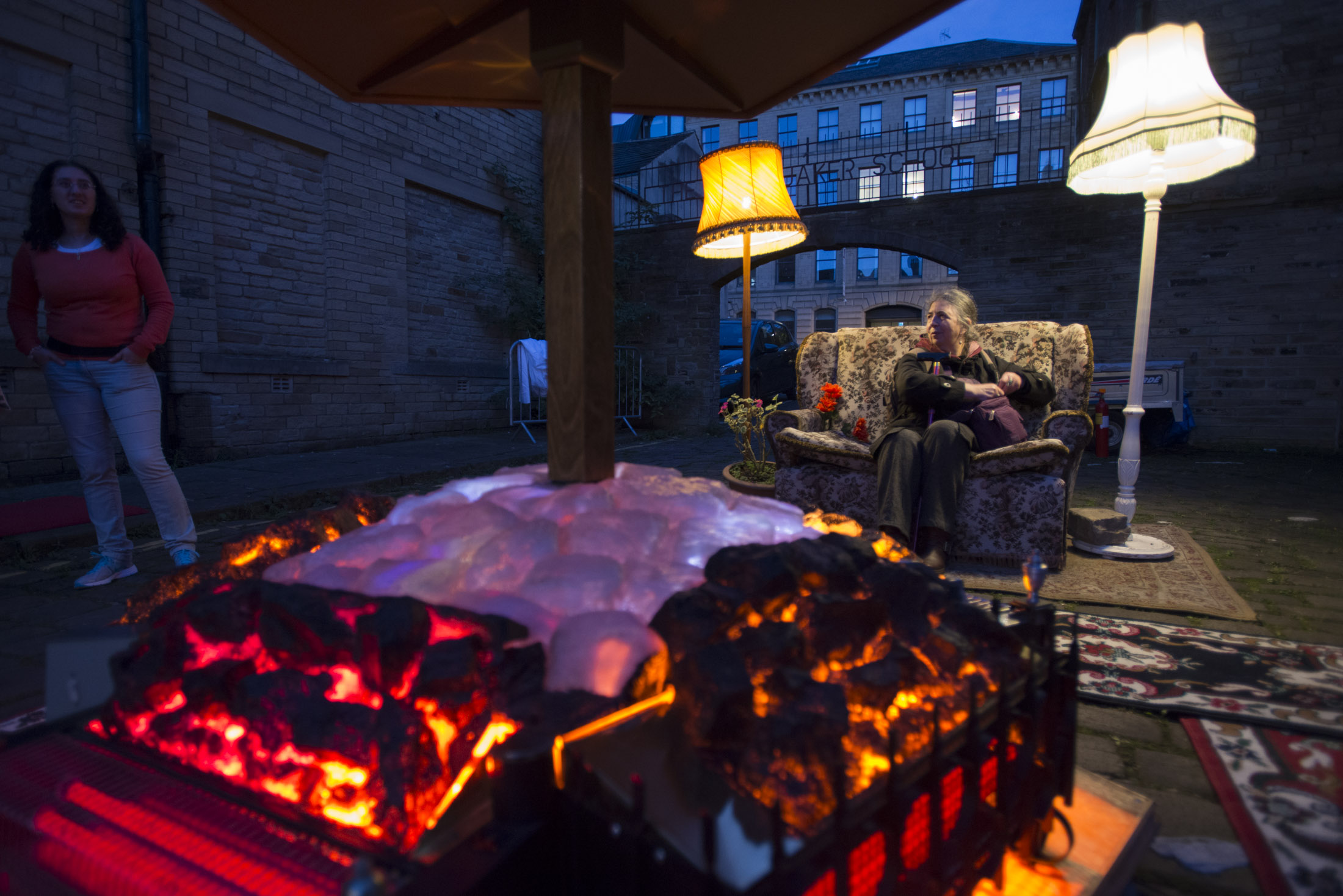 This summer we celebrated The Brick Box's fifth birthday so we've been thinking about how we ended up here: getting paid for a job we made up! One of the things that strikes me is how - despite project based funding - we have a 'family' of brilliant eccentrics around us who we collaborate with regularly. There is a great balance of trust and fluidity in these relationships. Another thing we've been thinking about since turning five is that we never actually thought this day would come. We didn't start with a rigorous business plan or any capital funding, we just cracked on with it, made loads of mistakes, took a few opportunities and ended up knowing a bit more than we did before. These days we do try to strategise and forecast a bit more but our philosophy of 'let's give it a go' is unshakable and has got us into the scrapes, parties, highs and lows that have made us who we are.

With art, love and magic,
The Brick Box Ladies x