If You're Happy And You Know It

On Monday 16th and Tuesday 17th December Invisible Flock will be flooding Leeds Town Hall with memories, maps and songs for the homecoming performance of Bring The Happy. Rich Warburton of Invisible Flock tells us to expect something between a wedding and wake.

"If we had giddy kipper badges we would all be wearing them right now. On Monday and Tuesday thanks to Leeds Inspired we will be performing Bring the Happy at Leeds Town Hall and after Wednesday’s rehearsal with the band and choir it’s fair to say we are very excited.

But let’s rewind. Three years ago we attempted to map the happiness of Leeds, we installed 7 giant map boxes covering Leeds and its outlying areas into a shop unit in Kirkgate Market right by the M&S clock. Onto these maps we asked, shoppers, traders and passersby to leave us a moment or memory of happiness which was marked on the map with a glass rod in the very spot the memory took place. The height of the rod was determined by how happy the memory was on a scale of 1 to 10. And that was it, we deliberately didn’t censor or refuse any memories and the maps were hosted online so people who couldn’t visit us could browse and submit memories online as well, we opened shop hours every day Monday to Saturday. Some people adored it some people thought it was a colossal waste of time, we spoke to thousands of people and by the time we shut the stall after two months mapping we had collected well over one thousand memories and created an undulating cityscape of happiness upon our map of Leeds. 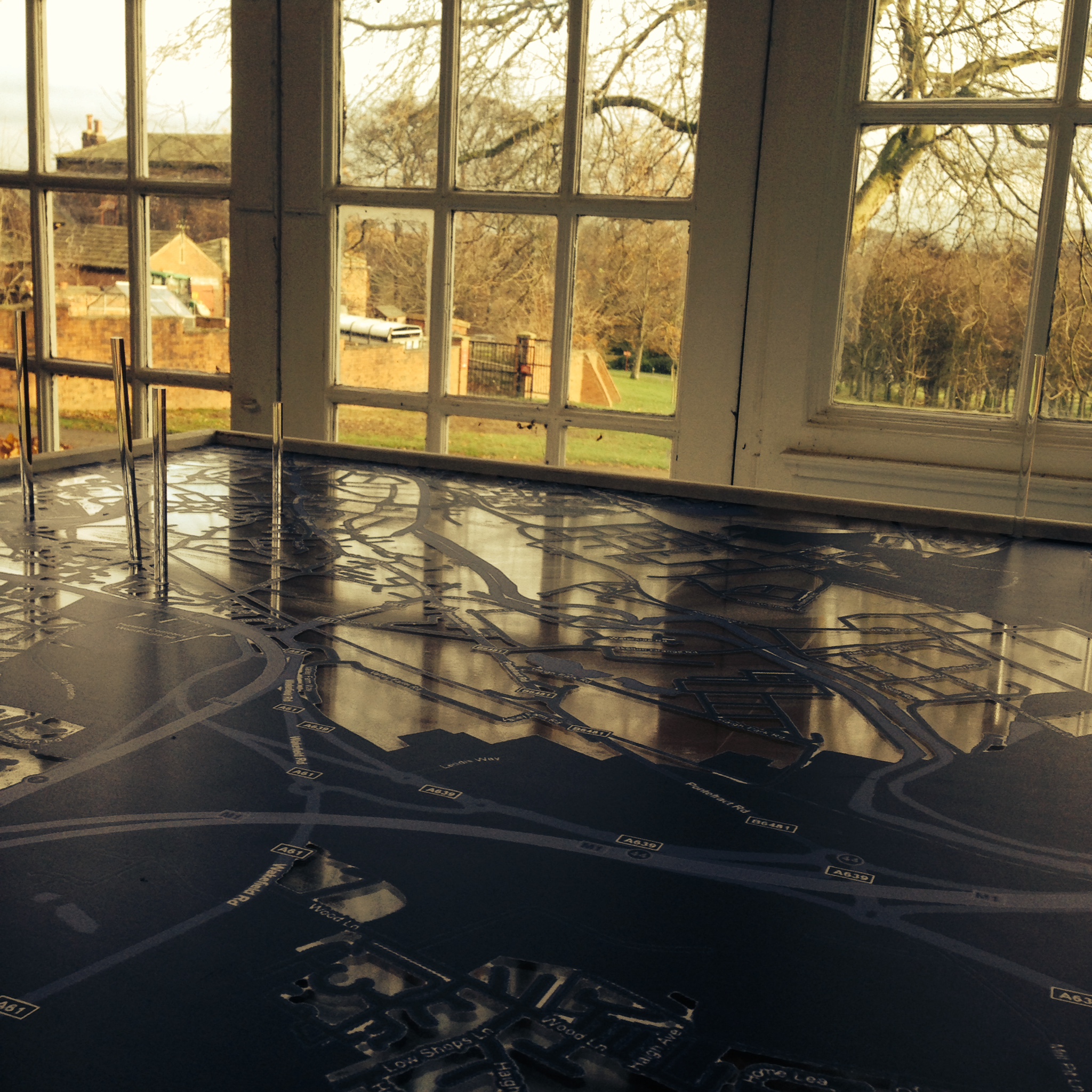 At the time we hadn’t any solid idea of what we were going to do with all these memories, over the course of the following year the idea of maybe trying to present them through some sort of performance began to nibble away at us, and then we joined up with Hope & Social and it all made sense. Theatre In The Mill helped give us the space both physically and artistically to play around with the ideas, Leeds Met Studio were lovely enough to program it in Northern Ballet, and a year later Bring the Happy Live was born - somewhere between a wedding and a wake it is our attempt to do justice to all the memories kindly left with us. 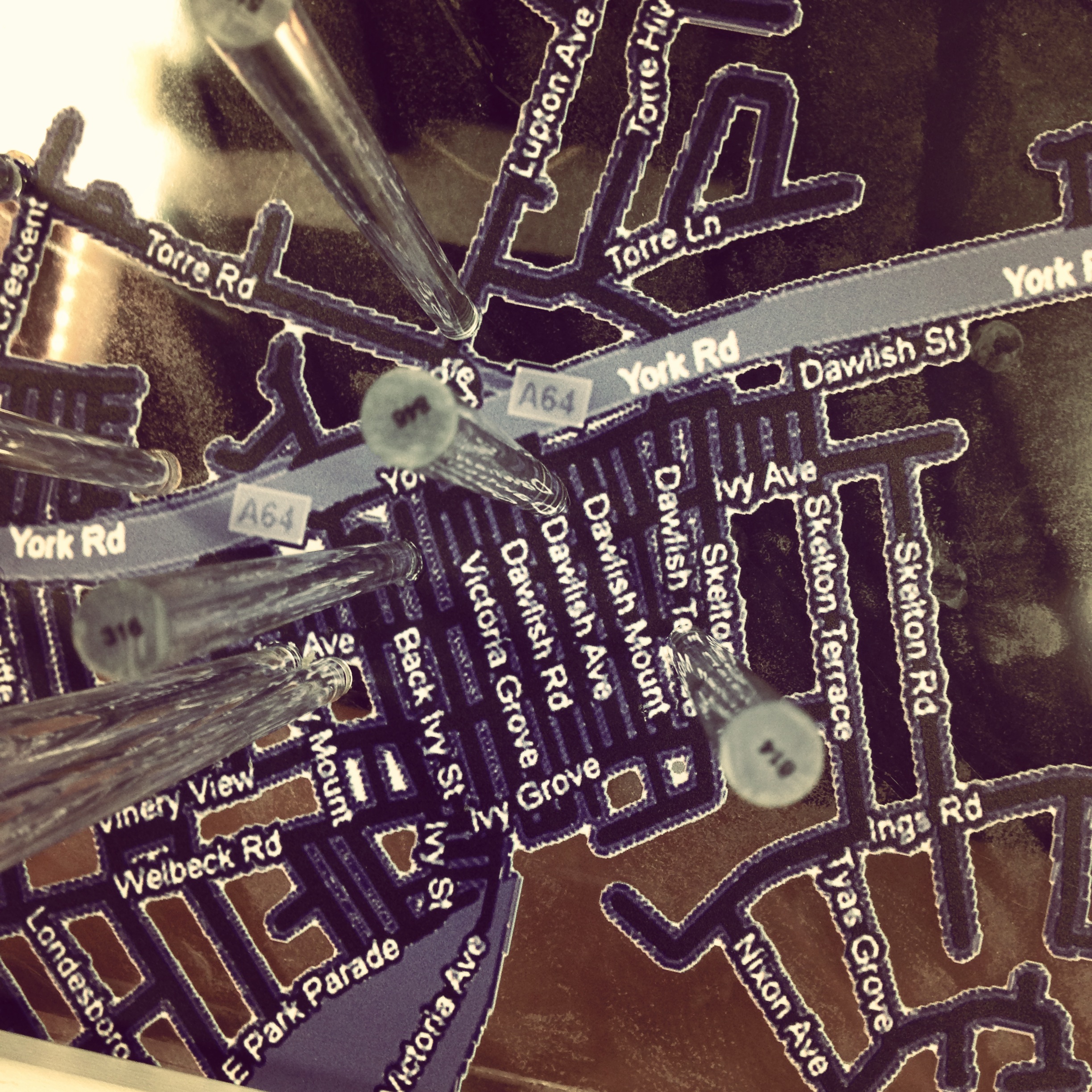 Since then, thanks to Arts Council funding, both the mapping and performance have toured the UK, we have visited various towns and cities adding to our ever growing map of the country’s happiness, and it’s been amazing. The breadth and depth of the stories left is magnificently humbling, first loves, departed friends and family, teenage antics, drunkenness and debauchery, anger, sex, theft, war, waltzes, drugs, babies, lots of babies, missing pets, weddings, cancer, childhoods, high streets, Thatcher, tears and regrets, everything is there, all life, all told through a series of brief encounters which illuminate our maps. Just reading the memories is beautiful and exhausting, sometimes heartbreaking."
Bring The Happy at Leeds Town hall, 16/17 December 2013